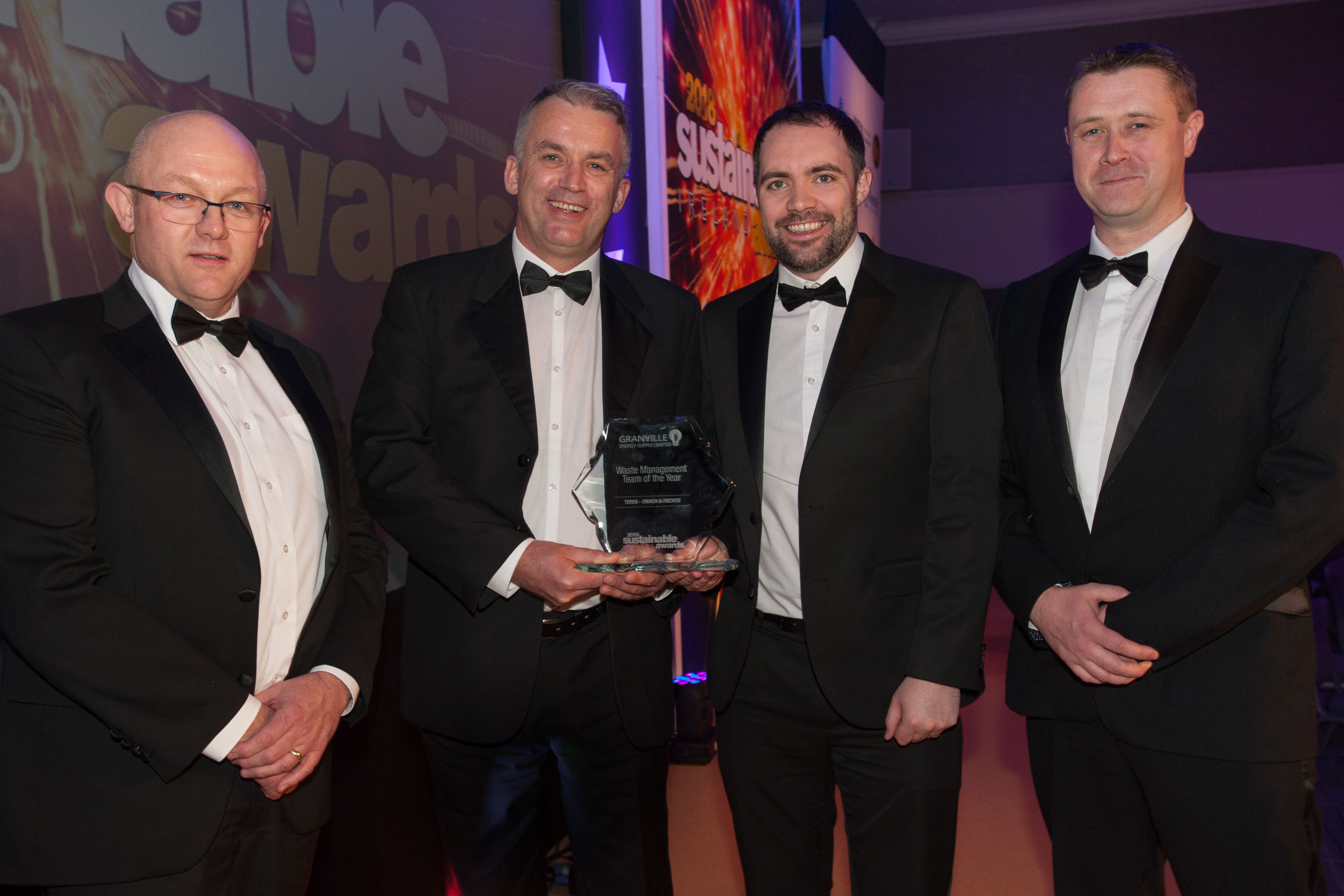 The team at Terex Omagh, a market leader in the manufacture of rock crushing machines for the quarry, recycling
and associated industries, has been recognised at the annual Sustainable Ireland magazine awards for its approach
to waste management.

Representatives from the company were presented with the ‘Waste Management Team of the Year’ award,
sponsored by Granville Energy Supply Ltd, during a glittering ceremony, compered by television and radio sports
presenter Adrian Logan, at the Crowne Plaza Hotel in South Belfast which was attended by hundreds of guests and
leading figures from the waste management, energy and environmental sectors.

Organised by the Hillsborough based publishers of Sustainable Ireland, the event, with 15 separate categories, is
widely regarded as Ireland’s premier platform of recognition for those operating across all sectors of the industry.
The Terex Omagh site employs over 550 people, manufactures more than 600 machines per year, with plans for
further increases, and is part of the multi-national Terex Corporation.

The gathering heard that the team there had significantly reduced the amount of waste to landfill; in fact, last year it
achieved a 100% diversion rate, and in doing so has made significant financial savings enabling the company to
invest more in waste prevention, reuse, recycling &amp; energy recovery.

One example of the team’s work is the installation of a solvent recovery and recycling plant which distils and purifies
solvents used in the paint shop for reuse. By recovering and reuse the overall solvent usage on the site reduced by
20% in 2016 with a further +50% saving for 2017.

Another example is an initiative that sees plastic caps used to protect hydraulic components during shipping and
prior to fitting are now collected at stations throughout the production facility. These caps are sold to a local
contractor for reuse. The money raised from this collection is given to charity. All other caps throughout the site are
now collected in this way for general recycling.