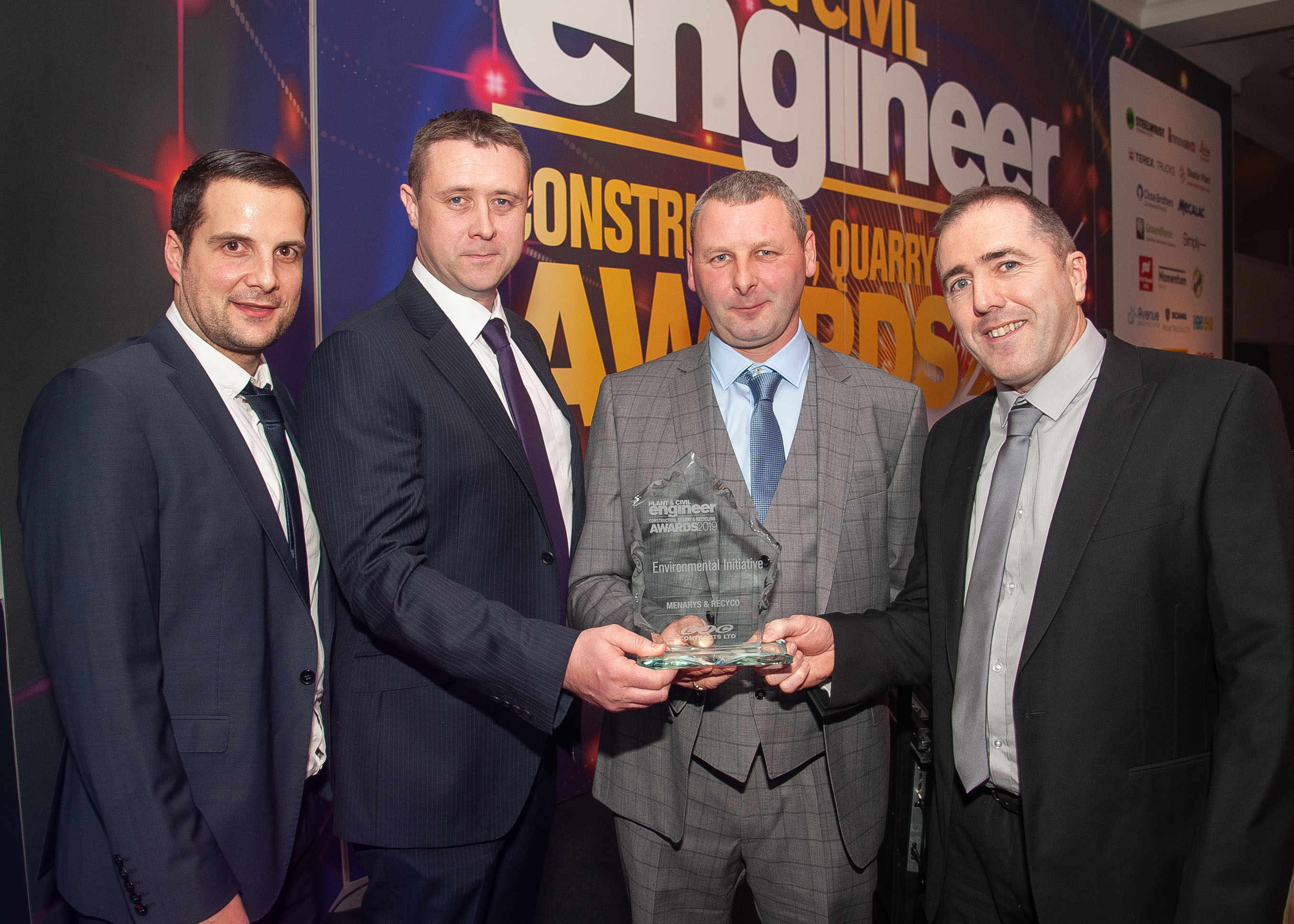 At Recyco, we were delighted to work with Menary’s to carry out an overall review of waste management performance for the business. Together we looked at all aspects of waste and the impact on the environment and its costs. Through a series of initiatives, it has significantly reduced both the amount of waste to landfill and its waste related mileage, all being achieved with major changes in its stores.

One of Ireland’s biggest retailers, Menarys has now been praised at the annual Construction, Quarry & Recycling Awards for its efforts to cut waste and reduce the impact on the environment.

It was presented with the Environmental Initiative award, sponsored by EJC Contracts, during a glittering ceremony, compered by television and radio sports presenter Adrian Logan, at the Crowne Plaza Hotel in South Belfast.

Organised by the publishers of Plant & Civil Engineer, 4SM (NI) Ltd, the awards night was attended by hundreds of guests and leading figures from the plant, construction, quarry and waste management sectors. With 20 separate categories, the event is widely regarded as Ireland’s premier platform of recognition for those operating across all sectors of the industry.

“The savings we have achieved to date show that it makes financial sense to invest in prevention, reuse, recycling & energy recovery. We are very pleased to announce we are now Certified as sending Zero waste to landfill.”

Menarys was founded in County Tyrone in 1923 under the name Joseph Alexander Ltd. Today, the company has become a favourite local department store chain that is synonymous with quality, style, value & choice.

As a local independent retailer and a family owned business, which was bought over and re branded as Menarys in the 1980s, it has grown from strength to strength in recent years with its Fashion & Homewares ranges. The company currently employs 330 across 19 Menarys and Tempest stores throughout Ireland.